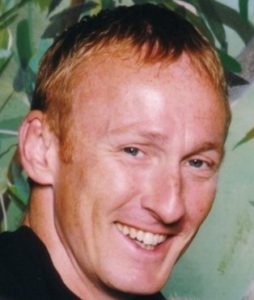 Jim Cowan, creator of the Race for Life

In 1993, Jim Cowan’s father (John) was diagnosed with Prostate Cancer. With experience in organising several events in support of a range of causes, Jim decided to stage an event to raise funds for the fight against cancer.

Jim drew on experience in the sport of athletics, as a road running event organiser, and as someone who had been staging charity events since 1978 when only 15 years old.

His research uncovered some facts which led directly to the way the Race for Life was designed. Recognising that women were seriously under-represented in road running events at the time he explored the reasons why.

The reasons given were many but primary among them were:

While the above might sound strange in 2018, in 1993 the world of running was very different and fun runs were often small events for children attached to larger, longer running events.

While driven by his father’s diagnosis, Jim recognised that there was a huge opportunity to create a nationwide series of accessible 5km fun runs open only to women, which focused more on fun than on competition and whose primary reason was to raise funds for charity.

He drew up further details of how this new event would work, gave it a name (the Race for Life) and put a proposal to a well known charity. That charity didn’t share Jim’s vision and rejected his idea suggesting that it would never work.

Not to be defeated, Jim bounced the idea off several friends and discovered that one was about to start working at the Imperial Cancer Research Fund (ICRF, which later became Cancer Research UK). This friend suggested she could find the correct name and contact details for someone to whom Jim could reach out.

Armed with these details Jim wrote to the ICRF’s Events Manager, Jill MacRae (nee Baker, as she was then), outlining the idea. After following up his letter with a phone call, a meeting was arranged and it was agreed that the Race for Life would be staged to support that charity, with a pilot to be organised during the summer of 1994.

This pilot, organised by Jim, took place at Battersea Park in June 1994 and was considered a success. Sadly for Jim, cancer had taken his father the previous November so he never got to witness the event his diagnosis inspired.

Plans were made to expand to six events in 1995, twelve in 1996, and more beyond. Unfortunately for Jim, that was where his involvement ended as he received a phone call from Jill MacRae stating that “his services were no longer required.”

Jim admits his own naivety in not trademarking his idea and in trusting a charity but was astonished to be told by MacRae that the ICRF had taken his idea and trademarked it for themselves. Jill MacRae (nee Baker), supported by colleagues, went on to claim the idea as her own and build a career on this false claim, the first of several claims as to the event’s origins that have been used by the ICRF and, subsequently, Cancer Research UK.

All of the above can be verified through copies of correspondence and from witnesses involved in the Race for Life’s very first staging. This website will share this information so that the public can discover the truth for themselves and Jim can belatedly receive the recognition he deserves, and those responsible for whitewashing him from the event’s history can be exposed.